In respect to the UI/UX flow, I feel the main challenge is that ATMs are restricted because they have to cater for everyone. This means by default they fail to recognise individual preferences. So if I visit the nearest ATM to my house 5 times a week for the next 5 years, why does it act like it doesn’t know me? Yet it carries out authentication.

That’s why I really like below from @Freshboi_Ekundayo as it means the ATM knows what I want before I get there.

User Flow 2: Customer opens Banks mobile app, selects ATM nearest to him, sends instruction on amount to be withdrawn,.taps Card on screen when he approaches ATM and gets amount out automatically.

Or another scenario might be that I go to an ATM (say of a particular bank), the UI is designed in such a way that it knows my preferences. So that the next time I go there (irrespective of the branch/outlet), the UX is top notch. E.g it knows, I usually withdraw N15k (gives me as option), never asks for receipt (skips that question), sometimes top up my mom’s phone (reminds me while transaction is ongoing) etc

I think ATM’s should be like your favourite bar/joint, you walk in and the barman knows you only drink Guinness. That’s a good way to approach a rethink of its design.

It’s good that @Freshboi_Ekundayo has proposed possible userflows that handles on the core transaction people perform - Cash withdrawal. However, What can we do about Sending money? Paying bills? Airtime recharge? DSTV? Can these proposed userflows cater for these scenerios or do we look for something more intricate.

Heres a link to current Change in UX from ATMS in the US currently, where NFC, Mobile apps, Digital Wallets link to ATMs cardlessly. i think this answers the Question but let me share few excerpts: 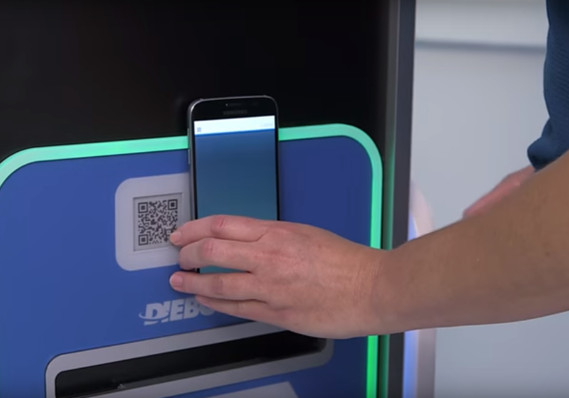 What the ATM of the future will look like

Despite mobile-payment options, cash isn’t going away any time soon

3.Banks say they have taken cues from customers’ behavior when it comes to ATMs, rolling out new updates in the last several years as they compete with other frictionless payment systems — and with one another. For example, about 44% of consumers would be interested in a mobile app that allows them to make a cash withdrawal without using a bank card, according to a survey of almost 2,000 Internet users with a checking and/or savings account conducted by market-research firm Mintel in November 2014.( Bringing it home, i can bet 50% will go cardless).

4.The features consumers seem to want most include “mobile enablement” (meaning being able to access an ATM with a mobile app instead of a card, as Chase is making possible), which also means a more seamless transition between a bank’s mobile app and the ATM, and enhanced user experience, which includes being able to withdraw cash amounts in denominations other than standard.

Whatever you guys are proposing, remember that the average atm user in Nigeria is not very educated.

Wow ! So such a discussion has occurred here.
Check out this little case study I did
Redesign of the ATM Experience Having been frustrated many times by the ATM (Automated Teller Machine), I decided to move from a complainer to a problem solver. I took…

I believe we should move discussions into action

I wonder what happened to this interesting thread?